I’ve mentioned the Yugas or ages in various articles. These mark the rising and falling of collective consciousness in the seasons of time. I summarized the Yukteswar interpretation of their timing previously (see comments there for links to other related content). This interpretation most closely matches my experience of time and the events of prior lives. I also mentioned The Yugas book by Joseph Selbie and David Steinmetz, which explores this with examples from history.

The 4 ages are:
Sat, the spiritual age
Treta, the mental age
Dwapara, the energy age (current time)
Kali, the material age
(notice how they align with dominant kosha.)

Recently, Rick Archer interviewed Joseph Selbie on Buddha at the Gas Pump. They explored the book and ideas in some detail.

Here’s a chart with some historical events, although some dates are off. For example, Patanjali cognized the Yoga Sutra during Treta yuga, not during Kali. The astrological ages, based on the location of the spring equinox, are in the inner ring. 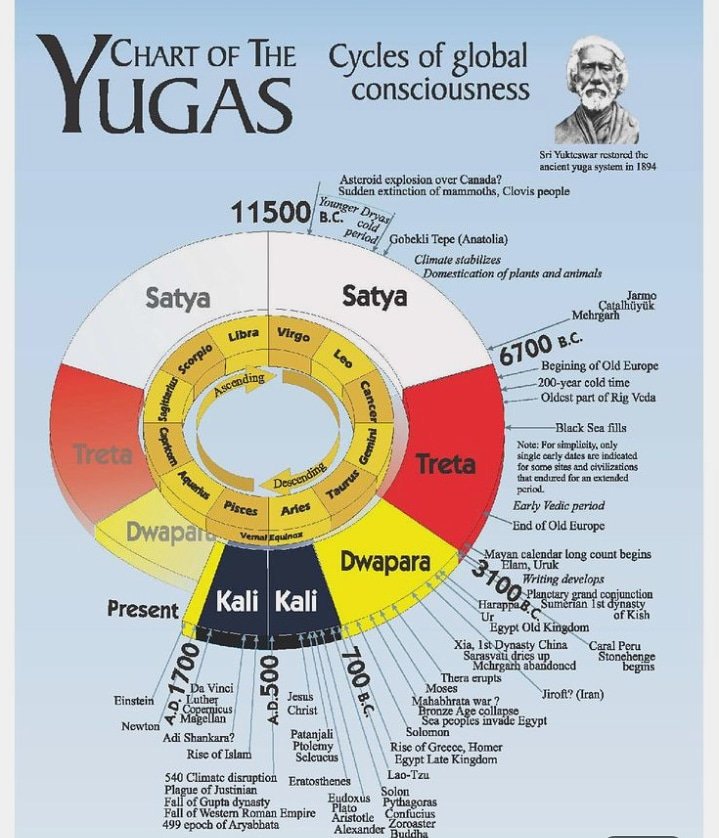