Neo-Advaita is a kind of popularized or “new age” version of non-duality and Vedanta that’s based in concepts rather than being. Vedanta is the end of Veda or knowledge, the understanding we arrive at late in the process of Enlightenment. It has no real meaning until then, not even to the Self-realized. While statements like “All This is That” can illustrate a later perspective and we might even understand this intuitively, this is not non-dualism. Unless we are Totality, directly in our experience, it’s just a concept. If it’s taken as belief and the “only real truth”, you get a kind of rigidity in a completely impractical outlook. The conceptual misunderstanding then drifts into life, like believing there is no practice (or work) needed. The house will build itself if I wait. Further, some of the awake confuse the inner unity of Self-Realization with Advaita.  I’ve spoken about this prior on articles like Finding a Teacher. Today, an interesting and amusing article on the mistake of Neo-Advaita.

“No longer is it necessary for the spiritual student to engage in self-inquiry or inner work on oneself. Now all that is necessary to ‘realize the Self’ is a constant repetitive denial of one’s own identity and the (pseudo) ‘understanding’ that the ego and all and everything else that happens in the universe (essence and belief systems included) is ‘simply an illusion’. Everything ‘just happens, there is no path, no cause’, so consequently there is absolutely nothing to do.

It’s really simple, just like it was for Shankara, Buddha, Ramana Maharshi, Nisargadatta Maharaj, Rumi and the relatively few others who are generally agreed to have been enlightened.

What? Wait a minute, I don’t recall that it was easy for the above mentioned Masters. Didn’t they spend years, and sometimes entire lifetimes meditating, engaged in self-inquiry and inner work? Oh yeah, they did. And this is the problem that exists now, because the Neo-Avaita movement claims lineage from and history from Advaita, but advocates none of the work. In fact they continue to espouse that it is simply not necessary. Merde!”

The article is a little rich in attitude (laughs) but makes the main points.

“If you feel offended by what has been written:
Either you need to become a bit more tricky in denying your own and the author’s existence (isn’t everything just an illusion?). Or you’re not yet completely hooked by the Neo-Advaita game and you might want to reconsider if this is the direction you want to take.”

He quotes Nisargadatta:
Q: “How can the absolute be the result of a process?”

Nisargadatta: “You are right, the relative cannot result in the absolute. But the relative can block the absolute, just as the non-churning of the cream may prevent butter from separating. It is the real that creates the urge; the inner prompts the outer and the outer responds in interest and effort.” “You seem to want instant insight, forgetting that the instant is always preceded by a long preparation. The fruit falls suddenly, but the ripening takes time.”

Some other related essays if the subject interests you.

Everything is dual.
Nothing is non-dual.
But nothing appears as everything,
So what is dual is really non-dual,
Which means what is dual can’t be dual…

Everything is non-dual.
Nothing is dual.
But everything appears to be nothing,
So what’s non-dual is really dual,
Which means that what is non-dual can’t be non-dual…

The above illustrates how concepts can take you in circles. The paradox resolves fully when we discover we are That.
Davidya 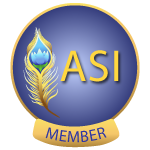